President Volodymyr Zelenskyy called on Western leaders to recover their “courage” after the US rejected a plan to send Polish fighter jets to help Ukraine combat Russian air power.

On Tuesday, Poland, a NATO member, offered to send Ukraine MiG-29 jets via the US Air Force’s Ramstein Air Base in Germany.

However, the Pentagon quickly poured cold water on the idea.

“It is simply not clear to us that there is a substantive rationale for it,” Pentagon spokesman John Kirby tweeted.

“The prospect of fighter jets ‘at the disposal of the Government of the United States of America’ departing from a US/NATO base in Germany to fly into airspace that is contested with Russia over Ukraine raises serious concerns for the entire NATO alliance.”

In an address early Thursday, Zelenskyy, who has thanked Poland for the offer, called on the West to step up in helping defend Ukraine from Russia’s aerial attacks.

“Together we must return courage to some Western leaders. So that they finally do what they had to do on the first day of the invasion,” he said.

“Either close the Ukrainian sky from Russian missiles and bombs, or give us fighter jets so that we can do everything ourselves. A pause without a decision has become simply deadly.”

Zelenskyy has long decried the lack of military action by the West over Russia’s invasion, calling on the US and NATO to impose a no-fly zone over Ukraine.

Agreeing to a no-fly zone would mean the US and NATO committing to shoot down Russian aircraft that enter Ukrainian airspace, a prospect most Western leaders have been unwilling to contemplate.

Echoing the Pentagon, German Chancellor Olaf Scholz said Wednesday he did not support the proposal to send jets as it won’t help “de-escalate the conflict.”

Marek Magierowski, Poland’s ambassador to the US, said he understood the US position that the plan was “too escalatory” and that NATO should “move on.”

On Monday, Zelenskyy said he had “cooled down” on Ukraine’s plan to join NATO “after we understood that NATO is not prepared to accept Ukraine.”

Though the US has refused to send its military forces into Ukraine, it has supplied equipment and military aid, and bolstered its military presence in neighboring countries.

On Tuesday, the US sent two Patriot missile batteries to Poland “to confront any potential threats” to NATO as a result of Russia’s invasion.

In his address Thursday, Zelenskyy highlighted the stream of what he said were war crimes recently committed by Russia during the first two weeks of the invasion.

“Destroyed hospitals. Destroyed schools, churches, houses. And all the people killed. All the children killed,” he said.

On Wednesday, three people, including one child, were killed after Russia bombed a maternity hospital in the city of Mariupol, Ukrainian officials said.

“The air bomb on the maternity hospital is the final proof. Proof that the genocide of Ukrainians is taking place,” Zelenskyy said.

“Today, we must be united in condemning this war crime of Russia, which reflects all the evil that the invaders brought to our land.”

The foreign ministers of Ukraine and Russia met on Thursday in Turkey, the first high level talks between the counties since the invasion began. In remarks made around the time of publication, Ukraine’s foreign minister said the two countries were no closer arranging a ceasefire. 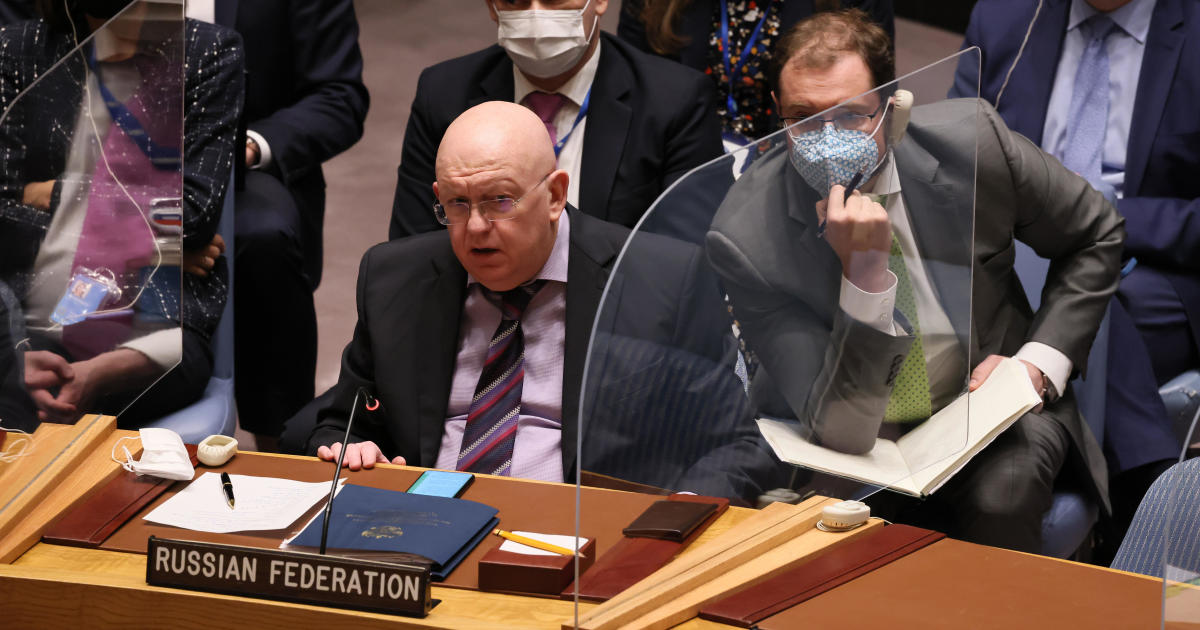