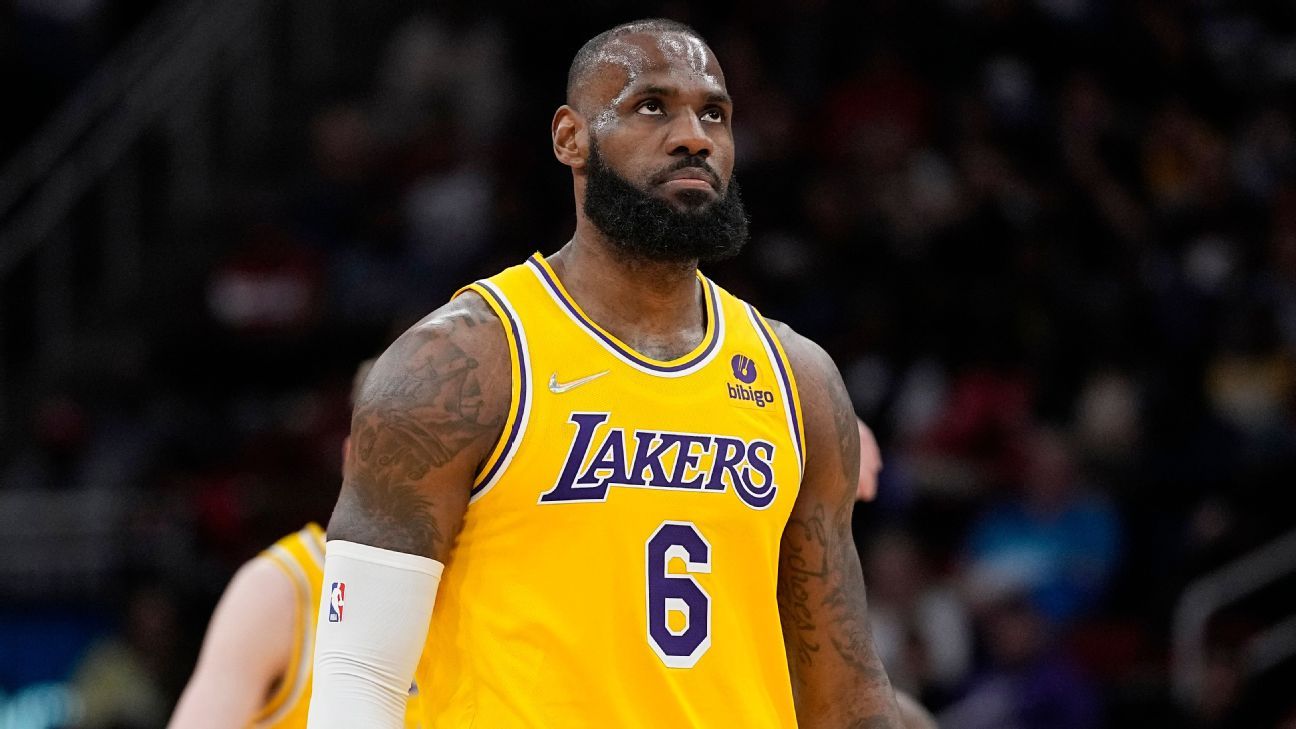 HOUSTON — A triple-double from LeBron James and a high-scoring effort from Russell Westbrook weren’t enough to halt the Los Angeles Lakers’ self-destruction tour, with Wednesday’s 139-130 overtime loss to the Rockets being the latest lowlight in a season full of them.

“We kind of messed around with the game and they had confidence throughout the night,” said Westbrook, who had one of his finest games as a Laker with 30 points on 11-of-22 shooting (7-of-8 on free throws), eight rebounds, six assists and just one turnover.

“We gave up 32-, 36-point quarters [in the] first and second quarters, which is a lot of points,” he said. “Guys made some shots. So now when [it is] guys [shooting who are] not normally making 3s or whatever it may be, they’ll make ’em.”

Boy, did they ever make them in overtime. The Rockets started the extra session on a 10-0 run and ended up shooting 7-for-8 as a team from the field, including 5-for-5 from 3.

“They caught fire in that overtime,” Lakers forward Carmelo Anthony said. “Everybody.”

Rockets star rookie Jalen Green single-handedly outscored L.A. 10-7 in overtime until Malik Monk hit a 3 with 25.7 seconds left and the outcome all but decided. Green, who scored a career-high 32 points, said going after Anthony was crucial to his success.

“Our game plan was just to attack Melo and find the mismatch on the floor,” Green said. “So when it came down to it, we were looking for Melo and I was attacking him every time.”

L.A. had a chance to avoid overtime when James drove the left wing toward the hoop with the score tied 120-120 and the final seconds ticking off, but his pass out to Anthony resulted in a 22-foot jump shot that missed at the buzzer.

“Ended up behind the backboard,” said James, who had 23 points, 14 rebounds and 12 assists for his fifth triple-double of the season, but shot just 9-for-26 overall and 1-for-9 from 3 with five turnovers. “I was a little bit off-balance and I could have forced a reverse layup, but I wasn’t in the position to feel like I could have got a great look. I could have got a decent look and I feel like Melo’s look was a lot better than mine.”

Said Anthony: “I saw ‘Bron going to the basket. I just wanted to try and get in his eyesight. I thought he had a layup, but after watching it, the replay on the bench, he was off-balance a little bit.”

By the end, the Lakers lost for the sixth time in seven games since the All-Star break, this time against a Houston team that came into the night with the worst record in the league. Even with the win over L.A., the Rockets are still 32 games under .500.

“They’re going to compete, they’re playing the Lakers,” Westbrook said of opponents’ mindsets when they play L.A., regardless of their record. “As you guys see, when they play the Lakers, people, they get up for those games. … It’s a thing for them.”

What has been haunting the Lakers as of late has been the inability to close out tight games. James said it comes down to L.A. having a small margin for error with Anthony Davis out with a left foot sprain.

James, who returned from a one-game absence because of soreness in his left knee, agreed with Anthony’s assertions that all the near-misses are starting to have a cumulative effect on the team’s psyche.

“It definitely plays a part and starts seeping into your mind, for sure,” he said.

James shot a combined 3-for-12 in the fourth quarter and overtime.

“I didn’t feel like I took any bad ones or any bad shots tonight,” he said. “It just wasn’t falling for me.”

Lakers coach Frank Vogel supported James, who was playing for the first time since his masterful 56-point effort in a win over the Golden State Warriors last weekend.

“He’s giving us everything he has,” Vogel said.

New Orleans, Portland and San Antonio — the three teams directly below the Lakers in the standings — all lost on Wednesday as well, so L.A. maintained its position at No. 9 in the Western Conference, despite falling nine games below .500 for the first time all season.

James said the standings will have no bearing on how he approaches the final 17 games of the regular season, so long as his knee feels good enough to play on.

“I probably would be in uniform no matter what,” James said. “No matter if we were nine games under .500 or nine games above .500. It’s just all dependent on how [the knee] feels. So my love for the game and the way I play the game and me suiting up has nothing to do with records and things of that nature. That’s just not me.”

While James made a personal vow to play, Westbrook said he will take it upon himself to team build, as bleak as things might get.

“Try to make sure everybody’s kind of trying to stay connected through all this stuff,” Westbrook said. “Because there’s a lot going on with us as a team, and it’s easy to spread out and not trust each other.” 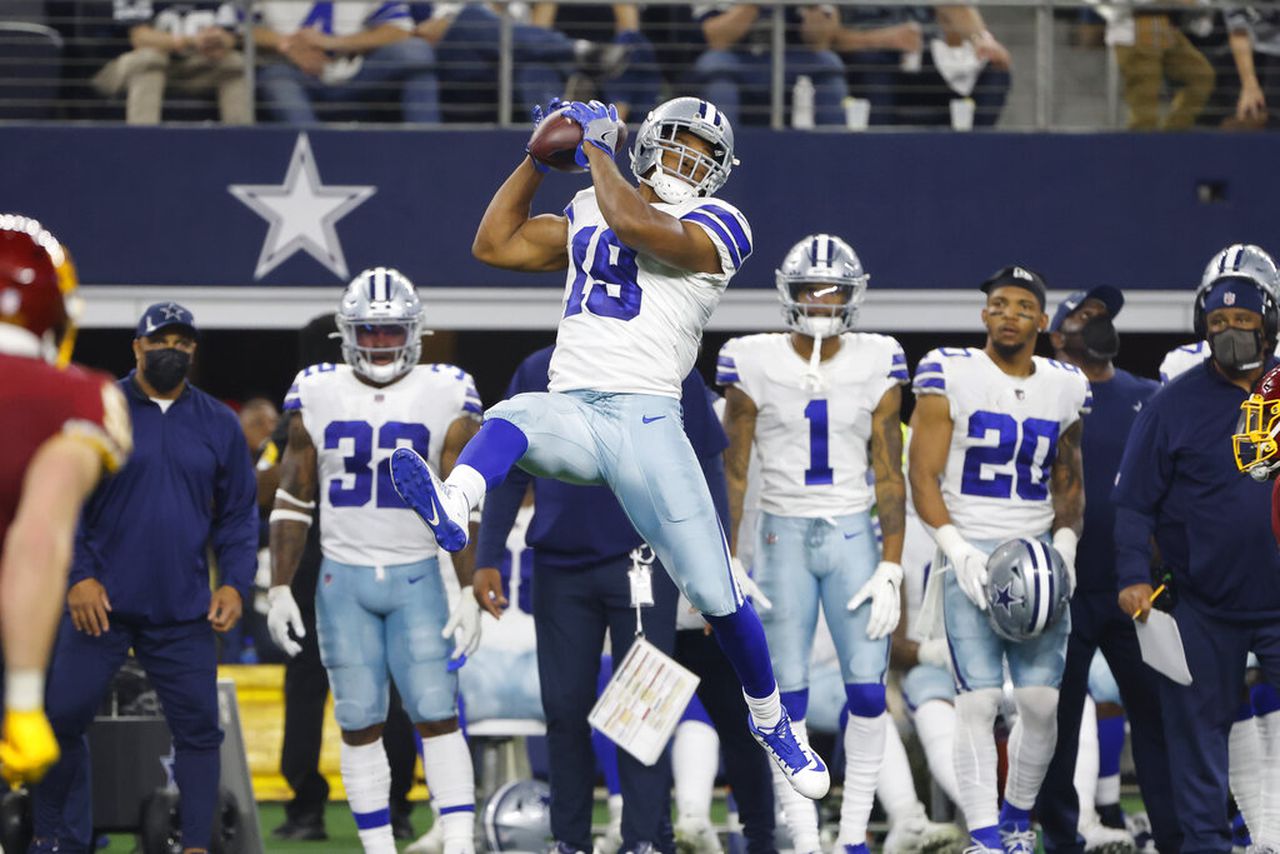